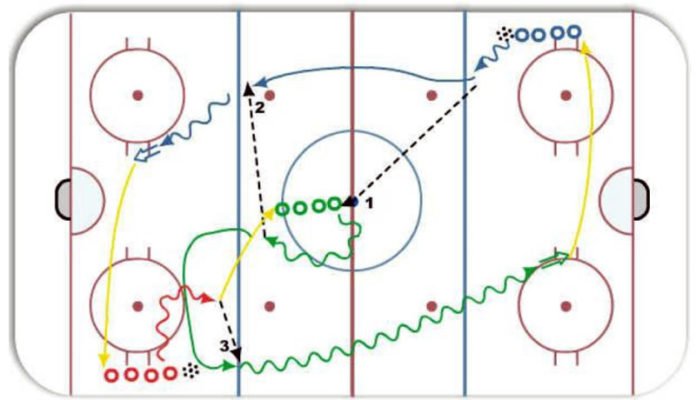 CrossIceHockey.com regularly features hockey drills from leading authorities in the game. The Two-Shot Hockey Drill is helpful to rec hockey players of all ages and abilities.

Improve your ability to communicate and focus on the ice

Once Player 2 shoots the puck, they go to the Blue Player line. Complete a rotation after each sequence initiated by a whistle start. 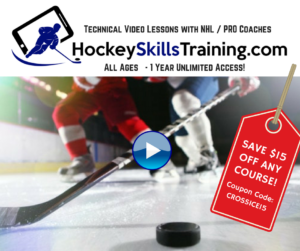 Rec hockey players know that acquiring hockey skills takes time and practice. Like anything else, in time these skills will become second nature to you.

Tim Turk has been an NHL-level skills and shooting coach since 2001. He works with many organizations, teams, coaches, and players of all ages and levels from around the world. He has worked with the Montreal Canadiens, Tampa Bay Lightning, and Carolina Hurricanes, as well as with many national programs overseas. He continues to work with NHL players while making time for minor league hockey teams and players. For more information visit his website, www.timturkhockey.com.