Is sex before a game good or bad?

It’s been said that legendary boxing champ Muhammad Ali refused to make love for a month and a half before a fight. Long before that—in 444 BC, to be exact—Plato cautioned that Olympic athletes should avoid sexual intimacy before they competed. The apparent logic is that if you want the player to be more aggressive and perform better during a game, he should abstain from having sex before the contest: The more sexually frustrated he is, so it’s believed, the more aggressive he’ll be in the arena.

Indeed, some coaches will instruct their players to abstain from having sex before a big game simply because they want them to be more rested after a good night’s sleep. According to one study, engaging in sexual activity within two hours of a test made the subjects less attentive. Some experts cite the reasons for abstaining from sex range from energy conservation and the combat of fatigue, to the prevention of testosterone depletion.

Somewhat more recently—specifically, 77 AD—philosopher Pliny the Elder expressed an opposing view on the matter, stating that “Athletes when sluggish are revitalized by lovemaking.” No doubt this line of thinking led to one study that proved that having sex actually boosts testosterone levels, resulting in an athlete becoming even more aggressive. In fact, it’s been found that for women an orgasm may actually help fight muscle pain, due to the pain-blocking release of endorphins. As for men, a spike in levels of testosterone could even help increase strength. Whatever your opinion, it seems the debate rages on.

Famed NFL quarterback “Broadway” Joe Namath was a big believer in having mucho sex (big shocker!) before a game. Studies have shown that after a prolonged period of zero sexual activity, testosterone levels actually plummet almost to levels found in prepubescent males; in other words, way below normal.

So what about the weekend warrior? Believe it or not, sex typically is not the most physically demanding activity. Generally speaking, a roll in the hay expends only 25 to 50 calories, which is close to the amount of energy required for you to walk up two flights of stairs (or much less than that slice of cake you inhale in front of the tube).

A guy on my hockey team (who shall remain anonymous to protect the innocent—or, should we say, not so innocent) bragged to everyone prior to a recent game that he just spent some passionate moments with his wife before leaving for the rink. Did it help his on-ice performance? You be the judge: He ended up scoring three goals.

Hockey—deemed an aggressive, physical sport by many—actually boasts an interesting “softer” side that only true hockey players can see. There is a great deal of patience, poise, and calmness associated with offensive play-making and goal-scoring. The hasty, rushed decisions that could botch an offensive play may at some level be connected to the sexual angst/frustration a player is feeling. On the other hand, the artistic touch of a scorer is parallel with—and dependent upon—having a calm, cool head which is similar to that one usually experiences after the “action.”

The Bottom Line: There is no conclusive evidence that doing the deed affects performance in a game. After all, it’s not the act itself that does some guys in—it’s the quest for it!

Warren Tabachnick is editor & publisher of CrossIceHockey.com. He currently plays in two leagues, and the only action he sees before puck drop is his warm-up routine. 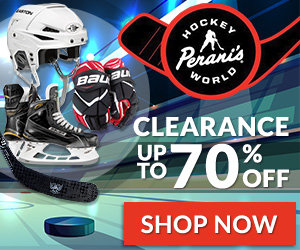