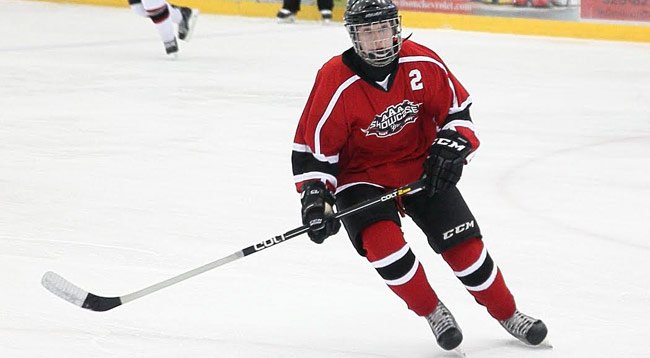 A group of young hockey-playing entrepreneurs out of Toronto have developed what has been dubbed the unbreakable hockey stick. The company, called COLT Hockey, is a division of Integran Technologies Inc., an aerospace engineering firm.

First introduced in the winter of 2014, the idea for this type of hockey stick sparked worldwide interest, from parents struggling to put their kids through hockey all the way up to professional-level teams who have seen their stick budgets spiral out of control over the last decade.

Originally engineered for aerospace applications, Nanovate™ NiCo is used to make composite parts stronger and last longer. This patented nano-technology produces the Nickel Cobalt metal at a grain size that is 1,000 times smaller than that of a typical metal. The result creates a material that is 2.8 times stronger and 20% more flexible than steel.

What it Does for a Hockey Stick

The Nanovate™ coating applied to the COLT 2 hockey stick is only 0.002 inches thick (about the thickness of a layer of paint), to minimize the added weight. For safety concerns, the stick has been designed so that it will still break when overloaded; as such, while the COLT is not “unbreakable” it provides longer-lasting, dependable performance. While the strength of the Nanovate™ NiCo prevents breakage at high impact, it is also the key to increased stick performance. Therefore, you can put more into your shot without breaking your stick—and get more out of it.

Enhancing this property is the COLT’s ability to withstand game-play stresses, eliminating the common micro-fracturing along the shaft that typically minimizes a hockey stick’s lifespan and renders it unplayable within weeks of purchasing. With every micro fracture, while invisible to the naked eye, more input energy is lost as you load and unload your shot. The people behind the COLT 2 believe that the power you put behind that wrister, snap shot, or one-timer from the top of the slot, should never be wasted on faulty equipment.

The COLT 2 offers maximized durability where the lower shaft and blade are reinforced with their Nanovate™ NiCo coating, while the COLT 2 RAW provides a Nanovate™ NiCo-plated lower shaft region, and is designed with an exposed composite, polymer-coated blade for greater vibration control and a lighter overall finish. Both models exhibit enhanced flex profiles.

The COLT 2 features a specially designed, compression-molded, one-piece stick clad with our patented Nanovate™ NiCo technology coating. Nanovate™ NiCo fully encapsulates the blade, hosel (where shaft meets blade), and bottom 24 inches of the stick. The result: The most powerful and durable hockey stick on the market today–and it’s backed by an industry-leading 60-day warranty.

The COLT 2 RAW features a custom-designed, compression-molded, carbon-composite stick with their patented Nanovate™ NiCo clad coating, from the high hosel through to the position of the player’s lower hand. The coating functions not only to protect the stick from damage but also offers the most load and release potential on the market! With their Intebond™ finish, the blade retains an extremely lightweight composite blade feel and enhanced blade flex performance.

The COLT 2 and COLT 2 RAW both capitalize on the inherent energy storage potential recently discovered as a major value proposition of the Nanovate™ NiCo coating. In simple terms, this means less energy is lost while shooting, translating to an increase in puck velocity.

How Can the COLT 2 Benefit Your Game?

It seems the cat is finally out of the bag as the first wave of COLT 2 and COLT 2 RAW users have begun experiencing high-velocity shots like never before. It’s one of the most underrated yet innovative features offered through the second generation COLT 2 Hockey stick lineup—and one that’s about to change the game in more ways than you can imagine. The hockey world is buzzing with news of the COLT 2 and COLT 2 RAW’s unparalleled durability. COLT Hockey is challenging the status quo and providing players with a tool they could not only rely on, but also be proud of.

Simply stated, they have developed a hockey stick that not only matches the performance of elite composites currently crowding the market, but also aims to surpass that standard. COLT Hockey strives to be more than just the strongest hockey stick ever made. They believe their second-generation lineup stands alone in terms of elite quality and performance.

Welcome to the National Hockey League

With increased velocity having been secured, the COLT 2 lineup has also gone on to receive both National Hockey League approval and substantial NHL player interest. They are proud to say that their hockey sticks are now being welcomed into the highest levels of hockey—being put to the test by the most skilled and powerful players on the planet. Early feedback has been beyond positive.

We Put it to the Test

Recently I was fortunate enough to get my hands on a COLT 2 RAW stick. Every step of the way—from the ordering process right through delivery—was incredibly hassle free. Their website is clean, well organized, and easy to navigate, and allows you to select from a wide array of possible combinations for you to build your customized hockey stick. Both the COLT 2 and COLT 2 RAW offer the choice of right or left Orientation, as well as 6 different Curve styles and 3 Flex possibilities. The COLT 2 RAW has a Grip option.

When my hockey stick finally arrived, I removed it from its protective shipping sleeve to find that it truly is a sight to behold! The look and finish makes it literally a work of art (although the stick blades receive the special coating, the people at COLT Hockey suggest they be well taped). At my rec league hockey game that night, I was amazed by the COLT 2 RAW’s incredibly lightweight feel. But despite its weight, just knowing the stick was built to withstand the punishing rigors and demands of our sport gave me the confidence to really go to town with it. I was amazed at how nimble I could stickhandle, and how powerful my slap shots could be.

The verdict: The COLT 2 RAW is one awesome hockey stick. Click here to learn more and order yours today. See what the COLT line of hockey sticks can do for you! 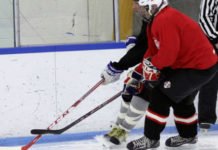 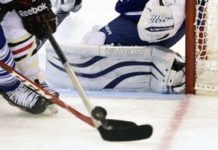 30 Things to Know About Hockey Sticks 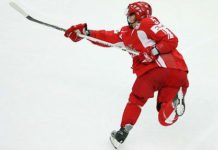