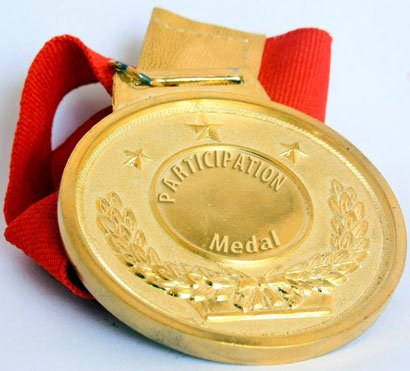 Recently, the NFL’s Pittsburgh Steelers linebacker and scary human being James Harrison made waves when he took away his sons’ participation trophies. The general public was slightly appalled at the act; but as Harrison said, although he was proud of everything his sons did and accomplished, they didn’t actually earn the trophies, so they were being returned.

Participation trophies are nothing new, as young athletes have been receiving the trophies since the late 1970s, (a practice started by youth soccer leagues). But they certainly seem more commonplace today, particularly throughout youth sports.

Meanwhile, the debate on whether participation trophies are helpful or detrimental never goes away, and thanks to Harrison, it has once again become a hot topic. And everyone from professional athletes to parents has an opinion on the matter.

Are participation trophies a nice reward or a sign of entitlement? Let’s take a look at the pros and cons:

Pro: A Boost of Confidence

Not everyone is a winner. It’s simply a fact, as typically 95% of all participants fail to capture a championship in any given sport or season. That’s because only one team or player can win.

However, only praising and rewarding the victor could have damaging affects to those who don’t win, particularly those younger athletes. Giving everyone involved some level of recognition goes a long way toward boosting confidence and promoting future success. It tells the athlete that they may not have won, but they gave it their all, and always giving your best is important.

After all, this year’s loser could be next year’s winner.

Con: We Play to Win the Game

Trying certainly matters, but when it comes down to it, the point of playing sports—much like any other game—is to win. So why reward anything less?

Understanding the difference between winning and losing is a wildly important life lesson. It teaches us how to deal with and overcome adversity, and that you don’t always get what you want. In addition, it teaches us how to bounce back and recover from loss, while also providing athletes or performers with drive and purpose to be better.

Few lessons are more important than that.

Pro: Something to Play For

Losing is tough, but losing your interest is easy—especially when the losses start piling up.

For young athletes, it is very easy to lose interest in a sport if they’re not winning, which is why many leagues don’t even keep score at the youngest levels (but that’s another story for another day). No one, particularly young kids, wants to feel bad every time they step on the ice, field, or court. At the very least, a trophy to display in their bedroom is a nice light at the end of the tunnel for anyone who has to endure a tough season.

Besides, just because you aren’t the best doesn’t mean you don’t deserve to compete at all.

There is no participation award for life. No one is going to simply hand you the life you want; you need to work hard to get the rewards you desire.

That is the statement James Harrison was trying to make when he took away his sons’ participation trophies: You’re not going to be rewarded for doing your job, and in fact, if you simply show up and don’t perform, you won’t have a job for long. But if you’re the best at what you do and work harder than your competitors, rewards will come.

And that goes for everyone—whether your job is being an athlete, dentist or student.

Should participation be rewarded or are we teaching our young athletes bad life lessons? There are pros and cons to everything, but what do you think? Let us know in the comments. 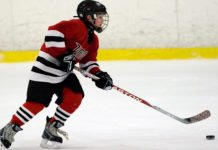 The Goalie Who “Died” & Came Back to Life

Letter From a Hockey Player to His Parents