Aside from the usual wear and tear, in all the years I’ve been playing hockey I’ve been fortunate enough to somehow avoid serious injury (I’m sure much of this has to do with the fact that I began my hockey career in non-checking leagues), save for some minor aches and pains.

Perhaps the biggest setback I endured was a recent date with an orthopedic surgeon to repair a tear in my meniscus. Recently, in a scramble along the boards I suffered a sprained MCL of my other knee, which had me sidelined for a few weeks. And not that long ago I had undergone an MRI, where it was discovered I’ve got some micro tears in my rotator cuffs. How did I end up with this condition, you might ask? Probably, I’m embarrassed to say, from hoisting a hockey bag over my shoulder for over 15 years. Now that I’m older and somewhat smarter, I use a wheeled hockey bag. For people my age who are addicted to playing hockey, wheels are your best friend.

Pregame, I do all can to warm up and stretch those aging muscles. While most of my teammates line up to take shots on the goalie, you’ll find me circling our half of the ice to get my heart rate up, then dropping drown to stretch my hamstrings, back, and especially, groin. Hopefully, by doing all that stretching I minimize any possible injury from jumping into a game “cold.” But it comes at the expense of not devoting enough time to work on my pretty lame slapshot.

During the game, I try to balance hard-charging hustle with an innate fear of ending up in the emergency room. What I do not look forward to is getting caught up along the boards and suffering some sort of break or, worse, tripped up and slamming head- or shoulder-first into the boards or goalpost. So my style of play is, to a large extent, governed by this desire to remain healthy. In any case, I truly give everything I’ve got for the team.

Immediately following the post-game handshake, I will circle the length of the ice two or three times, as fast as I can. Awhile ago I learned from a heart surgeon teammate of mine that this cool-down routine is essential for heart health. So while the rest of the team collects their sticks and water bottles and heads to the locker room for some post-game refreshments, I skate around alone as the Zamboni driver looks on in despair.

The morning after often finds me nursing my sore muscles—the usual hockey aches and pains. Depending on my physical state on game night, along with the nature of and level of my exertion, I’ll feel it in my quadriceps, shoulders, knees, or groin (sometimes despite the pregame stretching). A pulled groin is a very common hockey injury that’s often caused by the leg-stretching strides taken to pick up speed. Since it can take awhile to heal, I feel it’s best to do some stretching before a game. Other times it could be my lower back, which might require the use of a medicated patch or heating pad.

There are times when I am unlucky enough to find myself in the path of someone’s slapshot. A puck off the skate or shin guard can be especially painful, and you’ll be reminded of it for days afterward. I’m amazed at how often a puck can find its way to unprotected areas of the body. After almost three years I still can feel the bump on my ring finger from a blistering slapshot—which happened to be fired by my own defenseman, no less—from the point while I screened the goalie in a scramble in the offensive zone. The crazy thing was that it got me on the inside of my gloved hand, while I gripped my stick!

All in all, I am grateful that most of the ills I suffer from playing hockey can be healed by an ice pack and a hot shower. And I intend to keep it that way.

Warren Tabachnick has been playing in two recreational hockey leagues for over 25 years.

Got a tip to share about how you deal with aches pains after a game? Tell us about it! 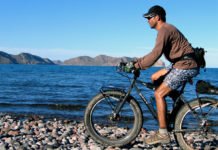 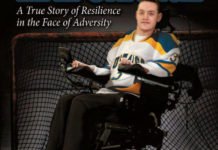 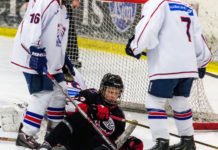 Concussion 101: What You Need to Know