A look at former NY Islanders’ Mike Bossy, an excerpt from the book A Fly on the Wall in the NHL—inside stories of the National Hockey League’s glory years. First in a series.

Al Arbor, coach of the 1980s Stanley Cup-winning New York Islanders, had a very interesting reaction to his new player Mike Bossy’s first day of practice in the National Hockey League. Inside the NHL: Mike Bossy takes a look at how Bossy helped to create a dynasty.

Bossy came directly to camp, right from his first-class seat off the plane in New York City. Rather than visiting all the attractions or even checking out the new condo secured for him by the team, he insisted on going straight to practice. He just wanted to meet his teammates.

Since he was a very young first-round draft pick, he came dressed for the occasion—wearing bell bottom jeans, a bright blue tie-dye t-shirt, with a denim jacket and cowboy boots. His curly brown hair came down to his shoulders. As the one responsible for fitting the players for their equipment, I arrived at practice that day with my Bauer Skate Pro samples just before he entered the arena.

I was there to size the Islanders for their new skates for the upcoming season. Three players just ahead of me were on the ice, resting their chins on their sticks. As Mike Bossy walked in, I heard them say he looked like a rink rat they threw pucks to during practice in the stands. I turned around and saw him for the first time: he was wearing his designer denim. One of the players remarked that it couldn’t be him, while the other two confirmed it was. No names were mentioned as they continued to size him up.

When Bossy suited up and stepped onto the ice to begin practice a few minutes later, all three of them hit him in the corner and he jammed his thumb along the glass. Immediately he came off the ice. I stood there, right next to Coach Arbor as Bossy pulled his glove off; I witnessed the rapid swelling. Coach Arbor began to rattle off Bossy’s statistics and goals scored in the minors, and then said: “You never had an injury during that entire time?” Bossy replied, “Yes, sir. That’s correct.” The coach was upset, but stayed calm and told him to go and see the trainer.

The next thing Coach Arbor did was call the team off the ice to the dressing room. Since my Bauer Skate-fitting samples were already in the locker room, I went along as well and took a seat in the corner. Arbor paced the red carpet between the long benches the players sat on. After the last player arrived he told him to shut the door; something that never happened. What took place next was the speech I truly believe forged the bond of the New York Islanders team, setting the stage for their Stanley Cup-winning years.

Birth of a Dynasty: The 1980 New York Islanders

Arbor began by saying, “Today we had a new member of this team come to camp. He’s from a town in Canada where they don’t have a building more than two stories high. He reads the New York Post as he arrives: ‘Biggest Player since Namath Hits New York.’

“We had plans for him today. We had his condo picked out and wanted to show him the city. When he departed the plane we told him we would take him around town and show him the sights, the Statue of Liberty. Do you know what this kid said?” looking at Denis Potvin, Clark Gillies, and Bob Nystrom, the players who ran him into the boards. “He said, ‘No, I can see that anytime. I want to go to practice to meet my teammates. I’ll feel much more comfortable on the ice practicing with them.’

“So we drove here right from the airport, and what happens? He gets mugged. He could have had that happen walking down any street in the City of New York, but instead he comes to the one place he felt safe: with his new teammates. The one place that wouldn’t change for him—the ice rink—and his teammates mugged him.”

Arbor continued: “From now on, Potvin, Gillies and Nystrom and the rest of this team: When a new player—and especially this one—comes to this team, I want you to treat him like your baby brother. If his nose is running I want you to pull out your handkerchief and wipe it. I want you to protect him, take him with you wherever you go. Make him feel you love him and mean it. We’re a team, damn it!”

Inside the NHL: Mike Bossy and the Beginning of a Dynasty

During the entire speech, Coach Arbor was pacing up and down that red carpet between the benches. At times it appeared as if he had shut his eyes, in order to imagine the exact words he would choose for that moment. When he finally finished speaking he abruptly left the room, slamming the door behind him and leaving the players to contemplate what had just happened.

Only when an assistant came into the room and told the players to get back on the ice was the silence finally broken. As they were filing out, Mike Bossy came out of the first-aid room and the injury somehow seemed less serious.  All three of the offending players made a point to welcome him to camp, and he said he was fine. All was forgiven, but not forgotten.

The New York Islanders would go on to win four Stanley Cups, from 1980-1983, with Bossy and that group of players. Those three players—Potvin, Gillies, and Nystrom—protected Bossy throughout his career. And when he eventually retired, he mentioned all three and his appreciation for them as teammates.

I often wonder if that was the defining moment for the Islanders, the one that propelled the team to those Stanley Cup-winning years. To me it seems as though it was the spark. I had never heard a more appropriate coach’s determined comments since then.

Daniel C. Bryndle, developer of the Win Now Matrix, has worked extensively with the NHL and AHL. He is the author of “A Fly on the Wall in the NHL” and “The Win Now Matrix.” For more information visit danielbryndle.com. Inside the NHL: Mike Bossy is the first in a series. Watch for more, coming soon! 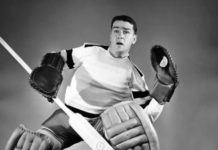 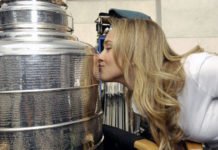 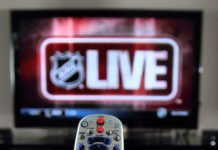 NHL PLAYOFFS: No TV For Me!