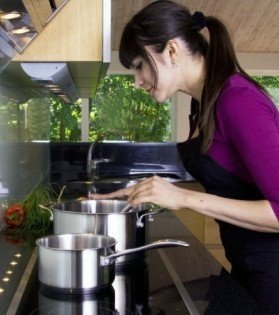 The favorite pre-game dinner, courtesy of the hockey wife

“Honey? For my pre-game dinner, why don’t you make your pasta sauce (hockey sauce he calls it)? You know the one I really love that you make a huge pot of and freeze? Then we can have pasta whenever we’re in the mood for it! ” he says.

What? I don’t make a huge pot of sauce and freeze it! I parse it out into “bricks” and freeze those. And, why should I make five gallons of sauce now? I usually do that in the winter when it’s cold out and so being in a hot kitchen is warming and wonderful. Why would I want to be in a hot kitchen right now? It’s summer time!

And then it dawns on me. I should not be surprised, not at all, but I always am. Mamma-freakin’-summer-league hockey! And my husband loves his favorite pasta and hockey sauceas his pre-game dinner. So there it is. I am a hockey wife and this is what I do. He must have a game either tonight or tomorrow night and then one or two every week for a few months. Why else would he be asking for me to make a giant pot of sauce?

Summer has come and since the end of April we have been together in the evenings with none of his hockey games interfering with our time since then—except for the NHL playoffs. And if there are no championship hopes for him… well, he won’t have hockey games until around the beginning of July.

So, I head to the supermarket and get all the wonderful (and secret) ingredients that go to into making his hockey sauce. I sweat over the giant pot and make it exactly to his liking. Once it cools, I dole it out into perfect-sized containers and start packing them into the freezer.

“Leave one in the fridge!” he shouts.

“I have a game tomorrow at night at 10 o’clock. Pasta for my pre-game dinner, eh?” (Yes, he was born and raised in Canada).

Fast-forward a few weeks. My mom was strapped for both cooking and shopping time. I took a few bricks of sauce to her house so she could whip up a quick pasta dinner for her and my dad if she needed to cook something in a flash. Back at home I arrive to see my husband looking into the freezer with a puzzled look on his face.

“I thought we had seven bricks of sauce left. I see only three,” he says.

“I took a few to my folks. Mom doesn’t always have time to cook.”

Ever see a 5-year-old sulk and slink away to his room? Well, there you go…

In the end and at this point, at least he has three more bricks of sauce left. That is more than enough for three more games! Then maybe I’ll make a pot of soup with noodles. And of course I will parse that out into frozen bricks, one of which will be reheated for dinner before the next game after the sauce has run out.

In real life, The Hockey Wife is Christine Ramirez, a software QA and documentation specialist. And she is actually the wife of Warren Tabachnick, the man behind CrossIceHockey.com. A long-time hockey fan, Chris sometimes becomes disillusioned with the sport over the course of the season, due to hockey overload. But each year when the Stanley Cup playoffs descend, her interest is once again piqued. 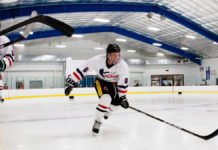 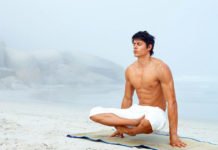 The Hockey Offseason: 3 Ways to Get Ready! 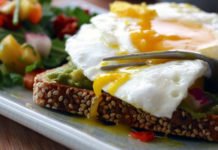 Post-Game Nutrition: What to Eat After You Play

NHL PLAYOFFS: No TV For Me!