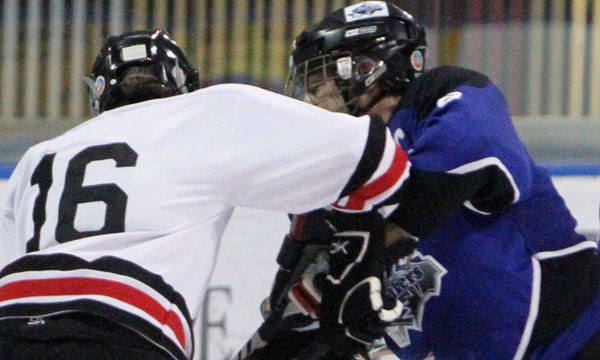 No, this isn’t the shortest story ever written.  It is a wish I have for the sport of ice hockey. That is, the end of hockey fights. And when I refer to hockey, I mean NHL Hockey—the best stage in the world for the best talent in the world of the best sport in the world. Fighting is not necessary and I can prove it.

I play in a recreational hockey league, and have been involved with this league continuously for more than 15 years. Simply put, this league does not allow fighting. Drop your gloves and you’re gone—done, kaput, completed, suspended, finished, over. Is that clear enough for you?

Somehow, over the last dozen seasons or so the league has thrived, expanding the number of teams and participants with each passing season. Granted, very few if any of this league’s players have ever or will ever be scouted by the NHL (certainly not if a team is looking for a fighter). The point is we play for the love of the game. Most if not all of us remember one thing: we each have to get up the next morning and go to work.

I believe the fans of the NHL would remain fans if fighting were abolished. Does anyone really think that if a player on one team wins a hockey fight that the team with the losing pugilist will cower and skate away with their tails between their legs? The Dave Schultz era of the Broad Street Bullies is long gone—that was nearly 40 years ago. Yet, each team finds room for a guy on the roster who has limited hockey skills as compared to his skills as a gladiator. I don’t get it.

Hope for a New Beginning

Case in point: In the Olympics, fighting is not allowed. Period. Could anything have been more exciting, riveting and dramatic than the U.S. victory over the U.S.S.R. in the 1980 semi-final game? How could that have possibly happened without any fighting? Another case in point: The U.S. versus Canada in 2010. Guess what? No goons on either squad!

Somehow hockey, in its various forms from recreational to professional, is played minus the legality of fighting. Please don’t try to sell me on the Olympics being amateur. For years the Olympics have had their national teams stocked with NHL players—if not NHL-caliber players—and not a goon exists among them.

I once wrote a paper in college about this very subject. The professor was from the UK and was not a big hockey fan, but he was fascinated by the paper so much so that I got an A on it. And I didn’t threaten to pull his shirt over his head if he didn’t give me the grade I so richly deserved.

Well, maybe one day the NHL will see the light and teams will get rid of the goons and the hockey fights, and replace them with talented players who can shoot the puck and score that goal. That’s my hope for a new beginning.

Fred Sommer is Manager, R&D Engineer at a large pharmaceutical firm. He is captain of his rec hockey team.

What are your thoughts on fighting? Do you get an adrenaline rush from seeing a hockey fight or are you totally against it?