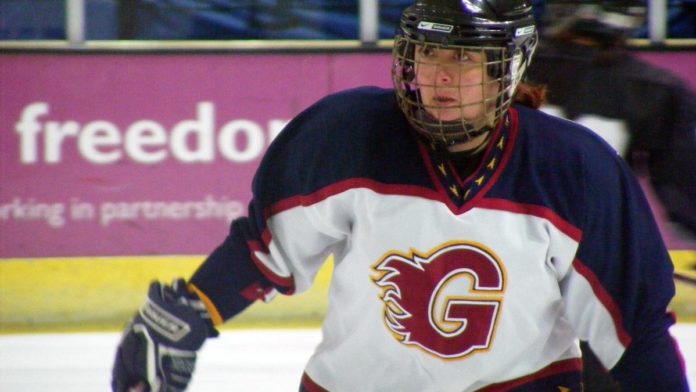 If you (or your young hockey player) get cut from the team, these 5 tips will help you come back stronger, faster and more confident than ever

Getting cut from the team. It happens to everyone, at one time or another. Disappointment is as much a part of sports as it can be in life. That’s a fact.

In hockey—or all team sports, for that matter— two teams will face off and one will eventually win. In other sports, like track and field or motorsports, etc., there will be one winner but also a field of participants who were battling for their personal best: the athlete whose goal was to move up from fifth place, and then get a podium and finish third. Eventually they will want to come in second place, and finally bring home the Big Prize: First Place.

Hockey is a different sport. Players may feel disappointed by not getting enough ice time, or they may also feel that their teammates aren’t working as hard as they are. Coaches can play a part and not instill enough faith into their players, or nurture raw talent; and sometimes they can even get injured. But when it hits hard (and it hits hard sometimes), you may get cut from the team.

Being cut from a team will evoke a vast array of emotions. A player may feel bitter, depressed, not good enough and pessimistic or even wonder if they still want to play at all. All of these feeling are totally natural, and the good news is that all of your big-name hockey stars have felt exactly the same way at some point.

In the words of Rocky Balboa, “It’s not how hard you can hit, it’s how hard you can get hit.” And with that in mind, here are a few tips if you (or your young hockey player) are cut from a team, so you can come back stronger, faster and more confident than ever:

You were on a team. Over time, that team has had hundreds of players and dozens of coaches. Just because one coach didn’t feel like you were a good fit for that particular team doesn’t mean you should become bitter or hostile towards them or yourself; it just means it wasn’t a good fit. You were one of hundreds of people ever to be on that team, so don’t take it personally. There will be hundreds more after you, and most of them will be cut as well.

If you have been cut, your coach may have given you some advice on things you need to work on. That means it is now time to up your game and overcome elements of it that need work. You will have to dedicate yourself to improving those parts of your game, and you may even want to find a private mentor. Which leads us to…

If you can, find a mentor. Hockey isn’t just about what happens on the ice, it’s about keeping your head straight. Your mental state is just as important as your physical skills. Talking to someone who has been through what you’ve been through will help you keep your mental game razor sharp—and also give you an advantage in life.

Keep a journal of everything you do. Write about your experiences and how some things you have tried have worked, and how some have not worked out. Thomas Edison, inventor of the light bulb, once said, “I have not failed. I’ve just found 10,000 ways that won’t work.” So don’t be afraid to document the things you have tried that didn’t work out. Be sure to include why. Knowledge is power.

You should also bookmark and write down any passages from books or quotes that resonate with you, and keep them by your side. Any successful athlete will always have nuggets of knowledge to share, so keep your mind open and read about them and their stories.

Any coach or business leader will tell you that if they have the choice between two people of equal ability, and one has a great attitude while the other one doesn’t, they will go with the team player.

Whenever you have the chance in hockey—and in life—be the better person and maintain a positive attitude. If you have a great attitude, are coachable and willing to learn, and are the first one there for practice and the last one to leave, you will always have the advantage over any player.

Tim Turk is a frequent contributor to CrossIceHockey.com. He has been an NHL-level skills and shooting coach for over 18 years, and continues to work with NHL players while making time for minor league hockey teams and players. He runs several camps and clinics in the US and Canada, as well as in locations in other countries. This article originally appears on his website, www.timturkhockey.com.