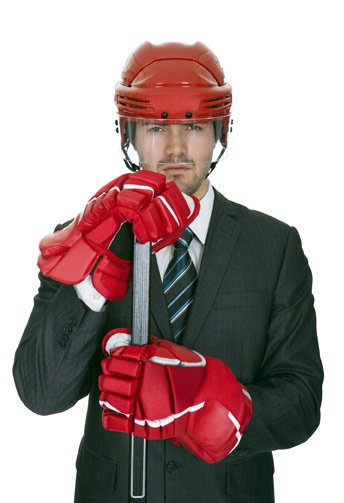 If I were running my own company, I’d be hiring a team of hockey players, for their hockey skills alone. Here are 10 reasons why.

To play hockey is to work hard. Hockey players always take the road less traveled. Whereas in almost every other sport players run around on solid ground, hockey players move around on razor-sharp skates atop rock-solid ice—a movement so unique it takes years of constant practice and dedication to master. Beyond skating, hockey players must learn the tedious task of stickhandling, passing, and shooting to round out the basic hockey skills of the game. Before you can even enjoy the simple joys of the game, you need to be able to hone those unique physical skills—a task most can’t be bothered with.

The entire essence of hockey is about reinventing oneself and starting from scratch. To begin playing the sport is like starting all over in life: It’s hard work, and only the most determined have the capacity to succeed.

More than ever, the importance of a strong workplace culture is paramount to success. With a struggling economy and increased competition in the marketplace, the landscape is as rigorous as ever. Companies such as Google have embraced the power of corporate culture and taken it to an entirely different level. In order to find flagship culture models, one doesn’t need to stray further than hockey culture. From pre-game rituals to playoff beards, hockey is full of idiosyncrasies designed to assimilate groups of varying individuals.

Without a doubt, there is not a team sport that exists right now that can hold a candle to the game of hockey, in its passion, complexity and honor. In no other sport do you see the type of selflessness, loyalty and dedication that is ingrained in hockey and its unique honor code that all players live by. When they put on their team jerseys, teammates from every walk of life put their differences and incompatibilities aside in the name of a shared goal. Teammates will stick up for one another, take punches to the face, and break bones blocking shots in order to achieve team-oriented goals. They may not necessarily be the best of friends, but rather individuals who understand the power of teamwork. They embrace the value of humility and sacrifice when it comes to casting their egos aside in favor of a utilitarian approach to achieving greatness. They understand that individual success is deeply linked to team success.

Teammates will stick up for one another, take punches to the face, and break bones blocking shots in order to achieve team-oriented goals

To succeed in hockey is to understand that it is better to rise up together as a team than to use your teammates’ shoulders to stand upon. The framework of hockey promotes the value of multiple roles and their equaled importance, and in doing so promotes internal leadership.

Hockey is the sport that celebrates the unsung hero. Whether you’re a goal scorer, penalty killer or an enforcer, the value of each role is celebrated within the culture. When the going gets rough, a team can’t simply look to the coach or the captain to pull them out of the hole. One game it might be a timely fight or a big hit that sparks the comeback; the next night it might be a big save or a nice goal that turns the tides.

Sometimes leadership comes in the strangest of forms. One year, one of my teammates—who barely ever said a word—came into the dressing room after the second period of a game during a terrible losing streak, put his dress shoes in the shower and set them on fire. He then turned to a bewildered dressing room and declared, “I knew those [bleepin’] shoes were bad luck.” We went out that third period, came back and won the game and then rattled off six wins in a row. After that game, we took the mangled remains of the shoes and glued them to a plank of wood. The charred trophy became our good-luck charm and was handed out to the hardest worker after each game the rest of the season.

Hockey players understand that no matter what role you are in, you can do your part to contribute and help make everyone around you better. Leadership is not exclusive to managers, directors and CEOs. Internal leadership is the foundation to success and comes in many forms and from every level. No one understands this concept better than hockey players. Read on… 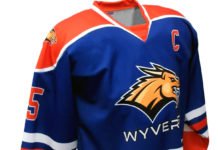 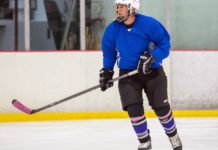 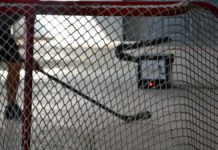 12 Rec Hockey Mistakes: Which Are You Guilty Of?